Should you boast on your performance review?

A friend of mine was recently lamenting about his employer’s requirement that he provide a self-evaluation as part of his performance review process. “I’m supposed to boast about how great I am,” was his concern. That seems to be in contrast to our call to humility. After all, Jesus Himself said, “He who exalts himself will be humbled and he who humbles himself will be exalted.” (Luke 14:11). James adds, “God opposes the proud but gives grace to the humble.” (James 4:6)

However, Jesus also told a parable about a performance review. We know it as the parable of the talents, found in Matthew 25:14-30. You know the story. One guy got five talents, one guy two, and the third guy one. The owner entrusted these men with his property, and after a long time, he returned for their annual performance review. He “settled accounts with them,” asking how they had used what had been entrusted to them.

The men reported what they had done with the talents and were rewarded accordingly. There was no indication of boasting or comparison to the other men. They simply gave an honest account as the master required.

My friend’s concern was reasonable. Merriam Webster defines boasting as “a statement expressing excessive pride in oneself.” In evaluating ourselves, we should resist the temptation to boast. However, we should give an honest account of what we have done. If we have accomplished much with the talents we have been given, we should give an accurate report of those accomplishments.

Regardless of who signs our paycheck, we have a Master for Whom we work (Col 3:23). He knows whether our reporting is boasting or whether it truly reflects how well we have served Him as we have worked for our employer. Write your review of yourself in such a way that He would say, “Well done.” 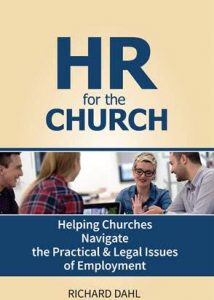